A King Who Did Not Plunder His Subjects

Do you use the power you have for selfish gain? Jesus is a servant King that we should all seek to emulate in whatever position God has placed us.

Who, being in the form of God, thought it not robbery to be equal with God. - Philippians 2:6 [KJV]

The LORD enters into judgment against the elders and leaders of his people: "It is you who have ruined my vineyard; the plunder from the poor is in your houses.” - Isaiah 3:14 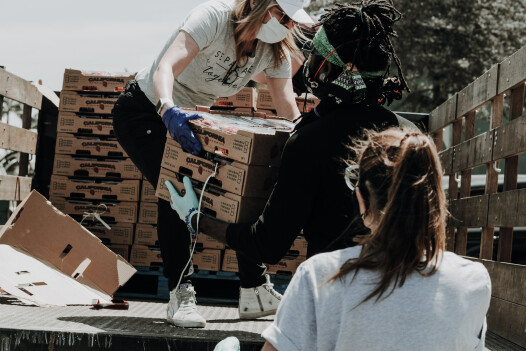 History is filled with accounts of leaders, conquerors, kings, potentates, lords, captains, elders, priests, governors, and yes, even pastors, who considered their position a platform from which to make themselves rich at the expense of the people. Ghengis Khan left nothing of value remaining in the Asian cities he conquered. Medieval lords of the manor owned the land into which their serfs poured their blood, sweat, and tears, and they grabbed almost all the harvest for themselves. A King could walk into the house of any of his subjects, see something of value sitting on a shelf, and take it as his own, with no recourse whatsoever.

Biblical history is also filled with such leaders as well. Isaiah spoke of the elders of his people who filled their houses with the plunder from the poor (Isaiah 3:14, above) and who made unjust laws to rob the widows and orphans (Isaiah 10:1-2). Ezekiel was told to prophesy against the shepherds of God’s people:

Jesus spoke at length about the Scribes and Pharisees, who were filled with “robbery” (Luke 11:39) and who devoured widows’ houses (Luke 20:47). All of these verses center around the central theme: it is human nature for people in power to use their position of power to plunder those over whom they are in authority. Kings plunder, judges plunder, governors plunder, ship captains plunder, and even some pastors plunder. The Greek word for “plunder” is the same at its root as the word used in Philippians 2:6. The image is to snatch or seize, like a bird of prey with its talons extended. It is most frequently done by powerful leaders.

"Jesus made Himself nothing and took on the very nature of a servant."

Not so, with our gentle King! Philippians 2:6-7 tells us that, even though Jesus was truly in very nature God, He did not consider that exalted position a platform for plunder! No, He made Himself nothing and took on the very nature of a servant. He did not ask, “What can I seize for myself from my people?” but rather, “What of myself can I give for my people?” His attitude is the very thing that Paul is commending to the squabbling and selfishly ambitious Philippians. Each of us is entrusted with some power and some possession in this world. History is full of examples of those who selfishly used their power to plunder, to seize even more for themselves. Christ’s example is the exact opposite. Jesus did not need to “seize” equality with God… He already had it. Jesus could have seized everything from His people, because He had the power to do it and it all belonged to Him anyway. But that whole way of thinking was repugnant to Him. Rather He poured Himself out even to the point of death on a cross. Our King bestowed plunder on His people… the magnificent spoils of His victory over death! Let us follow His example!