I have been reminded of your sincere faith, which first lived in your grandmother Lois and your mother Eunice and, I am persuaded, now lives in you also.- 2 Timothy 1:5

Greet Rufus, chosen in the Lord, and his mother who has been a mother to me, too.- Romans 16:13 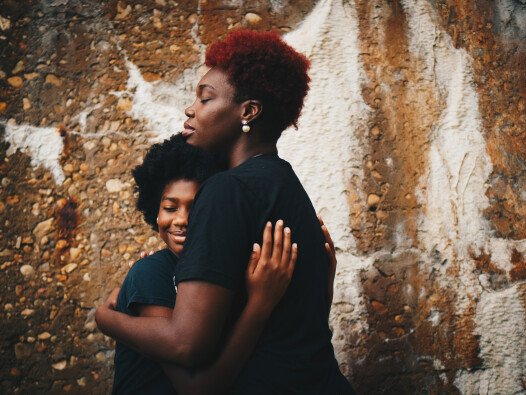 The most eternally significant ministry a mother can have is to lead her children to a saving faith in Jesus Christ. How much more can a woman produce eternal fruit than by living such a clearly godly life that she influences one of the great leaders of church history, and through her child to influence future generations! And many women have done precisely just that. Some of the greatest men in church history have been reared by godly mothers. Through their example, these mothers have been mothers to more children than just their own, just as Rufus’s mother was a mother to Paul. One of the most notable and well-known mothers from church history is Monica, the mother of Augustine.

Monica is a marvelous example of long-suffering and hope in the life of a believing mother. Her son, Augustine, was an immoral profligate, a rebel against God and a dabbler in mystical religions and human philosophies. Who can say how many times Monica cried herself to sleep over his wayward ways?! Her deep concern over her son’s spiritual life began from the moment he was born, and she never stopped praying for him until she died. Augustine spoke of this in his autobiography called Confessions. Speaking to God, Augustine said: “And you sent your hand from above, and drew my soul out of that profound darkness when my mother, your faithful one, wept to you on my behalf more than mothers are accustomed to weep for the bodily deaths of their children. For she saw that I was dead by that faith and Spirit which she had from you, and you heard her, O Lord.”

Augustine described also the purity of her life, the faithfulness of her daily worship, the sacrificial nature of her benevolence to the poor, and her deep love for Biblical preaching. She instructed her son, warned him, wept over him, prayed for him, and waited patiently for God to move. She added to all this the strength of a consistent, daily walk with Christ, an example not lost on her wandering son. She was submissive to her husband, even though he was an unbeliever, as Peter enjoined in 1 Peter 3 (In the end, she even saw her husband converted to Christ!). When at last, Augustine repented and trusted Christ, who can speak of the joy that lifted this godly mother’s heart? And what kind of welcome awaited her when she departed this earth, a valiant conqueror for Christ?

"Augustine described also the purity of her life, the faithfulness of her daily worship, the sacrificial nature of her benevolence to the poor, and her deep love for Biblical preaching."

Many mothers since that time have had to undergo similar sufferings as they waited for their children to repent and trust Christ. Monica’s energetic example, dogged determination, relentless prayers, and willingness to suffer to see Augustine saved stands as a permanent memorial to Christ. Paul spoke of her kind of love when he said, “Love always protects, it always trusts, always hopes, always perseveres; love never fails” (1 Cor. 13:7-8).  And because of the effect Augustine’s writings have had on the course of church history, she has been a mother to many as well. The legacy of this kind of mother lasts eternally, through the grace of our Lord Jesus Christ. May God grant the 21st century church the same kind of mothers!