During these politically tumultuous times, get back to the basics. As Christians, we are to live our lives fully dependent on God and not on anything else.

“WE, therefore, the Representatives of the UNITED STATES OF AMERICA, in GENERAL CONGRESS, Assembled, appealing to the Supreme Judge of the World for the Rectitude of our Intentions, do, in the Name, and by Authority of the good People of these Colonies, solemnly Publish and Declare, That these United Colonies are, and of Right ought to be, FREE AND INDEPENDENT STATES; that they are absolved from all Allegiance to the British Crown…” - The Declaration of Independence, Action of Continental Congress, July 4, 1776

[Paul, writing about His sufferings] "But this happened that we might not rely on ourselves but on God, who raises the dead." - 2 Corinthians 1:9

[Paul to arrogant Greek intellectuals] "And [God] is not served by human hands, as if he needed anything, because he himself gives all men life and breath and everything else." - Acts 17:25

[Moses to the Jews entering the Promised Land] You may say to yourself, "My power and the strength of my hands have produced this wealth for me."  But remember the LORD your God, for it is he who gives you the ability to produce wealth… " - Deuteronomy 8:17-18 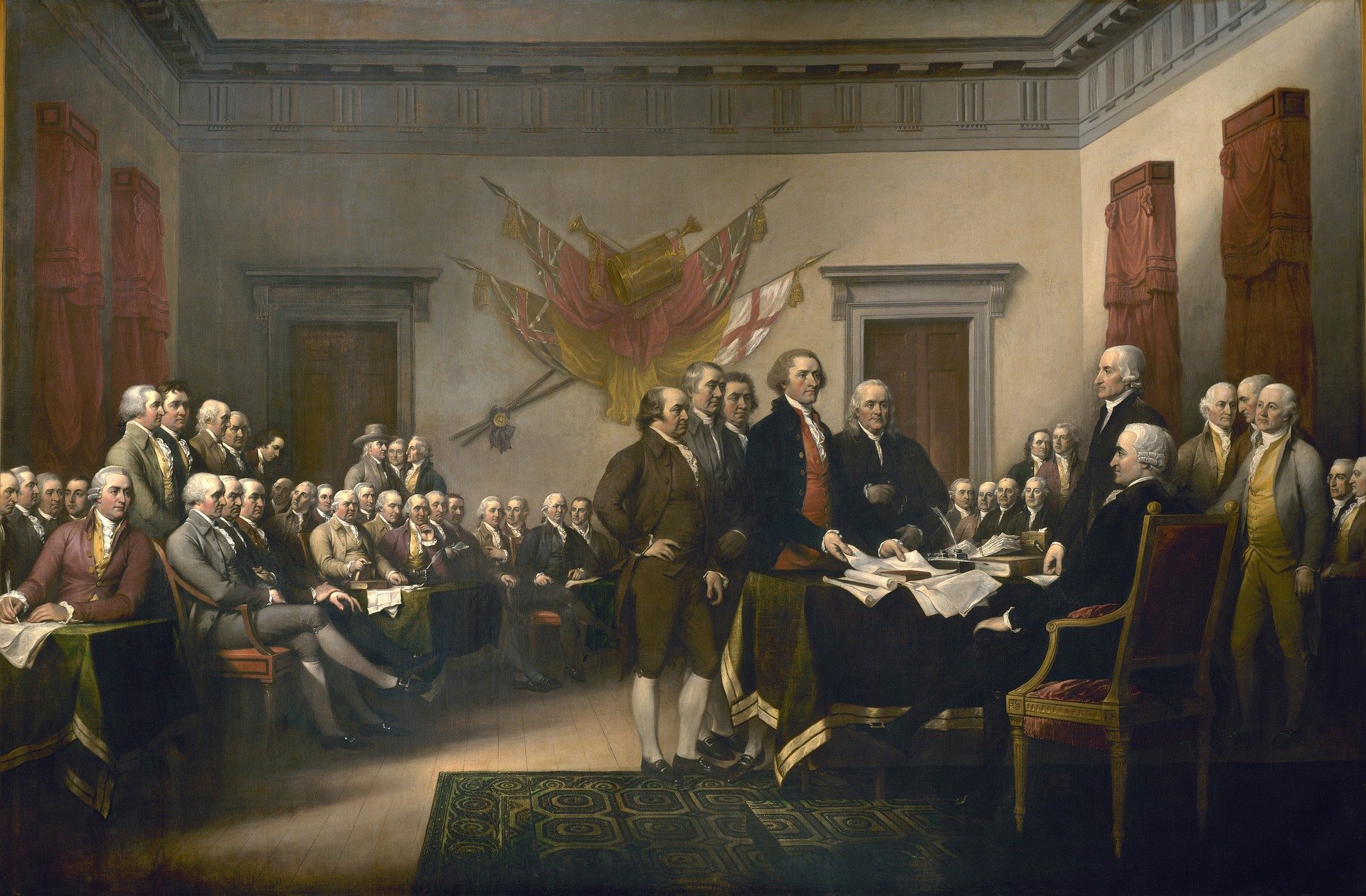 Every Fourth of July, our nation celebrates the signing of the Declaration of Independence, which has traditionally marked the beginning of our national existence. The Declaration of Independence was a political statement, marking our separation from the government of Great Britain and its King, George III. And it is a good thing for us as Americans to give thanks to God for the incredible blessings that have proceeded from that momentous declaration. The freedoms we enjoy are not “inalienable rights” but lavish blessings of God’s grace, and we are under obligation to make the most of those rights for the advance of the Kingdom of Jesus Christ.

However, the phrase “Declaration of Independence” recently struck me as exactly opposite of what we must do as Christians toward God Himself! Our sinful race foolishly declared its independence from God in the Garden of Eden, rejecting God’s rightful rule as our sovereign King. The foolishness of this is so evident in the verses written above. As Paul said to the Athenian intellectuals, we can’t even exist or move apart from God (Acts 17:25)! As Moses said to the Jews entering the Promised Land, they couldn’t produce wealth in any way by themselves. Every good thing they would enjoy came from the gracious hand of God. As Christ told His disciples plainly in stark language, “Apart from me you can do nothing” (John 15:5)! And the central lesson Paul learned through his severe sufferings in the Province of Asia was that he should not rely on himself but on God who raises the dead.

Christians should therefore make a discipline of stating very clearly (to ourselves first and foremost, then to others) that we are absolutely dependent on God for everything in our lives. We should write our own “Declaration of Dependence” to God, and state it very plainly. It might read as follows:

When in the course of human events it becomes necessary for the people of God to dissolve the bands of self-reliance that have deceived us and threatened to drag us to hell, and to assume their proper posture of total dependence on God for everything in life, a decent respect for the opinions of friends and neighbors requires that they should declare the reasons for that dependence:

we do hereby DECLARE TOTAL DEPENDENCE on God—God the Father, God the Son, and God the Holy Spirit. We declare today that self-reliance is a devilish, prideful fantasy, and that true life and fruitfulness comes only in and through Jesus Christ. We humbly beseech the eternal God to make us constantly mindful of the fact that in Him we live and move and have our being, that He alone enables us to produce wealth, that apart from Christ we can do nothing, and that we must never again rely on ourselves for anything. Therefore, we will walk today in humble DEPENDENCE on God, through the atoning work of Christ, in the power of the Holy Spirit. Amen.