Hearing the Word with Great Eagerness… Like the Duna

How do you respond to the Word of God?

Now the Bereans were of more noble character than the Thessalonians, for they received the message with great eagerness and examined the Scriptures every day to see if what Paul said was true. - Acts 17:11 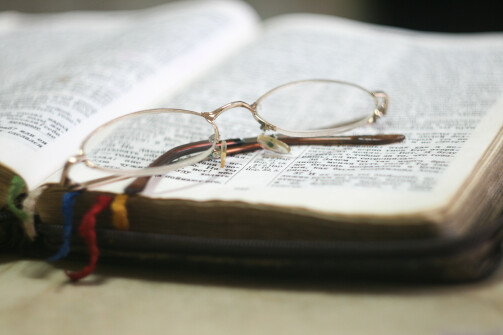 Your eternal destiny and your present fruitfulness both depend on the same thing: how you hear and respond to the Word of God. Most of the world is thoroughly baked in the hardness of heart that the fires of sin’s kiln produce. They prove their hardness by how they hear the Word of God: with indifference or outright hostility. They either yawn, shrug, and turn back to their pressing earthly projects… or they seethe with rage and attack the messenger as a religious fanatic or disturber of the peace. Either way, they greatly dishonor the Word of God as being worthless or even evil.

But God’s children love the word of God, and they hang on every word from His mouth as though their very lives depended on it—because they know it does!

Many years ago, my family and I had the privilege of having over Dennis Cochrane, a missionary with Wycliffe Bible Translators in Papua New Guinea in the early 70’s. Dennis was working among the Duna people, and was greatly blessed by God in seeing over 2000 of them come to faith in Christ. Having drawn them to the Kingdom of the Savior, Dennis now knew they needed nothing less than the very words of God for their ongoing spiritual sustenance and fruitfulness. He got to work translating the Scriptures into their language. He would sit with his helpers and work over every phrase of the New Testament, testing it against the original Greek and against the Duna language for accuracy. Runners would literally sit outside his hut waiting for the next installment of “God’s talk” so they could run them to their neighbors and family members. As soon as a section was complete, Dennis would mimeograph it (such was the technology of the time!) and deliver it into their eager hands for an immediate spiritual feast. In this way, they were exactly like the Bereans of Paul’s day… desperately hungry for the word of God, deeply yearning for every word from His mouth!

How different was their attitude from that of evil King Jehoiakim, who was privileged to receive the very first writing of the words of the prophet Jeremiah! The account is told in Jeremiah 36:22-25:

It was the ninth month and the king was sitting in the winter apartment, with a fire burning in the firepot in front of him. Whenever Jehudi had read three or four columns of the scroll [of Jeremiah’s prophecies], the king cut them off with a scribe's knife and threw them into the firepot, until the entire scroll was burned in the fire. The king and all his attendants who heard all these words showed no fear, nor did they tear their clothes. Even though Elnathan, Delaiah and Gemariah urged the king not to burn the scroll, he would not listen to them.

"Runners would literally sit outside his hut waiting for the next installment of 'God’s talk' so they could run them to their neighbors and family members."

The key question of our spiritual lives is this: how do you respond to the word of God? Do you wait with great eagerness on every word from the mouth of God, as the Duna, who sat outside Dennis Cochrane’s hut waiting for the next page of Holy Scripture? Or are you more like Jehoiakim, showing no fear of the Lord at all, not yielding to His every word… actually cutting and burning it as though it were worthless? Probably your reaction is somewhere in between. We would be shocked in Jehoiakim’s presence and urge him like Elnathan, Delaiah, and Gemariah to stop burning God’s word. But yet we are convicted by the eagerness of the Duna and the Bereans. Make it your ambition to develop an ever-increasing hunger for the perfect words of God. Be like the Duna, who would rather hear God’s word than eat or sleep.

Tags: sufficiency of scripture, the word of god