What does the Bible say about government?

I urge, then, first of all, that requests, prayers, intercession and thanksgiving be made for everyone, for kings and all those in authority, that we may live peaceful and quiet lives in all godliness and holiness.- 1 Timothy 2:1-2 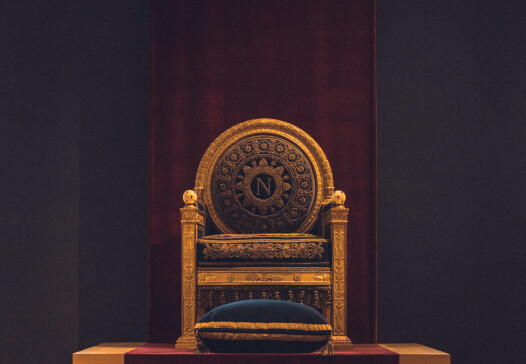 I have personally never seen our nation so divided when it comes to politics and all governmental leaders. Things were certainly more polarized during the 60s because of the Vietnam War, and even more so when Abraham Lincoln was elected President in 1860 and eleven states seceded from the Union as a direct result. But things are extremely polarized now, more than I can ever remember in my adult life. This is, I believe, a perfect time for Christians to heed Paul’s advice to pray for all governmental leaders in the pattern established in 1 Timothy 2.

The history of the relationship between Christ’s church and the prevailing government authority is speckled and inconsistent, but it is clear that there have been times of tremendous oppression from “kings and all those in authority.” The earliest oppression came at the hands of the tyrannical Roman Emperors who delighted in executing Christians for the entertainment of the Roman populace. However, this policy backfired when the Roman people saw the courage and faith with which the Christians died and yearned for that same kind of confidence in the face of death. It was during this era that Tertullian, a Roman Christian, wrote “The blood of martyrs is seed for the church.”

However, from the time of the Roman emperor Constantine until the era of the Reformation, it seemed to be taken for granted that the church and the state would work together in the formation of a Christian kingdom called “Christendom.” The king would be active in the affairs of the church and would enforce spiritual rulings with the sword of the state. Therefore, anyone declared to be a “heretic” would be executed for his/her beliefs.

It took the Anabaptists of the sixteenth century to make the first call for the complete separation of the church and the state. Balthasar Hubmaier wrote a treatise called “On heretics and those who burn them,” in which he argued that the judgment of the heresy is the proper work of the church, while the judgment of heretics themselves should be left to God. Some Anabaptists questioned whether Christians should be involved in government issues at all. Many of them became complete separatists, citing Paul’s admonition in 2 Corinthians 6:17 “Come out from them and be separate, says the Lord.” This led to groups like the Amish who live in the Northeast and who have as little to do as possible with the United States or its government. Part of this mentality stems from the bitter history of persecution which their Anabaptist forbears endured at the hands of the state. They tend to see human government as the persecuting beast of Revelation 13 rather than the gift of God of Romans 13.

Paul’s command to Timothy cited above, however, gives a proper understanding of the role of government. We should be faithful in praying for “kings and all those in authority.” For us as Americans, this means praying for the President, for our Senators and Representatives, state governors, right on down to local government officials. We should pray for them, says Paul, so that we can “live peaceful and quiet lives in all godliness and righteousness.”

"They tend to see human government as the persecuting beast of Revelation 13 rather than the gift of God of Romans 13."

Sometimes governments have made laws which force us to violate our consciences before God. We should pray that this will not happen, for if it does, we will have to choose between a “peaceful and quiet” life and one lived in “all godliness and righteousness.” And this is a bitter choice. Some martyrs have paid for their choice with their lifeblood. Others have lost their freedom rather than violate their conscience. There may come a time in which the American government, ironically in the name of “separation of church and state,” may make laws preventing us from “proselytizing” (what we call “evangelizing”). Then we would have to choose between obeying God and obeying man, as did Peter and John in Acts 4. May it never be!

Rather, we should pray for the President and all government officials that society may be held together in peacefulness, with the sinful natures of unbelievers restrained by fear of government’s power to punish, with the infrastructure (roads, bridges, police, fire, hospitals, protection from natural disasters, etc.) maintained so that the gospel can advance peacefully. Pray that our governmental leaders will have courage and wisdom as they navigate this difficult era of our nation’s history.

**Editor's Note: If you found this article helpful, you may also like Andy's sermon on Romans 13:1-7 titled The Christian and Government, Part 1.