An Unbroken Chain of Prayer

I will pour out on the house of David and on the inhabitants of Jerusalem a spirit of grace and supplication.- Zechariah 12:10

The fire must be kept burning on the altar continuously; it must not go out.- Leviticus 6:13 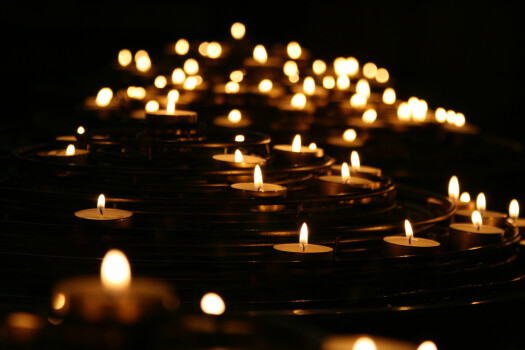 On August 13, 1727, the Holy Spirit moved with extraordinary power on the congregation of Moravians gathered at Herrnhut in Germany. They had been divided by faction and squabbling to the point that it seemed only the power of prayer could draw them together. Matthew Henry, the great Puritan pastor and Bible scholar had commented on Zechariah 12:10 saying: “When God intends great mercy for His people, the first thing He does is set them a-praying.” This is precisely what God did among the bickering Moravians in the summer of 1727. So powerful was the presence of the Lord that day that Count Nicholas von Zinzendorf, the patron of the Moravian church at Herrnhut, likened it to a second Pentecost.

This assessment was supported by the awesome power for missions that came from the great Moravian Revival of 1727. Just as the pouring out of the Holy Spirit on the day of Pentecost led the early church to preach boldly the gospel of Christ to people from all over the world, so this revival had a similar effect as, over the next four generations, hundreds of Moravian missionaries were sent to the farthest parts of the earth. And all of this long before William Carey wrote his tract on missions in 1794! Where did the power for this sustained missions thrust come from? From God through sustained extraordinary prayer! The chain of events leading to the revival happened like this:

Spring, 1727: Count Zinzendorf taught the equivalent of a regular Sunday School class to girls between the ages of 10 and 13 years old. He noticed that, though they were well-behaved, they seemed to have no knowledge of Christ or thirst for Him. He began to pour out his heart openly in prayer for their conversion on his knees before the congregation.

July 16, 1727: The Count again knelt before the congregation and poured out his soul in “heart-affecting prayer.” This prayer produced an extraordinary effect among the congregation.

July 22, 1727: A number of the Moravian men made a covenant together of their own accord to meet often for fervent prayer and hymn-singing.

August 5, 1727: Count Zinzendorf spent the entire night in prayer with about twelve or fourteen brothers. At midnight, there was a large prayer meeting which was characterized by great emotion.

August 10, 1727: The Moravian Pastor Rothe was holding their usual Sunday services. At about noon, he sank to his knees before the congregation, overwhelmed by an overpowering sense of the presence and the power of God. The whole congregation also sank before God with a sense of their own sinfulness and of God’s mercy. In this frame of mind they continued for twelve hours in singing, weeping and supplication, finally leaving at midnight!

August 13, 1727: The Great Day of Revival. It happened at a Wednesday communion service for which the Moravians had gathered at the Berthelsdorf Church. They became convicted of their previous bickering and instead, each felt an overwhelming sense of his own sinfulness before God. None felt worthy to take communion, and the sorrows of Jesus on the cross came alive to them. The congregation would never be the same again.

August 26, 1727: The thought struck some of the congregation that the altar flame in Leviticus 6 was never permitted to be extinguished, and so also should continuous prayer be offered in the church, which is the temple of the living God. Twenty-four men and twenty-four women covenanted together to pray in shifts for twenty-four straight hours, lifting up their prayer like the Levitical priests burned the incense before God.

August 27-28, 1727: As the twenty-four-hour prayer chain was coming to an end, seventy-seven more Moravians stepped forward to take time slots for prayer. The prayer chain continued for a second day and a third.

August 29, 1727: From ten at night until one o’clock the following morning, the same girls that Count Zinzendorf had prayed for in the spring joined together in fervent prayer and singing at the Hutberg assembly place; in another place, the boys did the same thing at the same time. One historian wrote: “The spirit of prayer and supplication at that time poured out upon the children was so powerful and efficacious that it is impossible to give an adequate description of it in words.” The participants were not sure whether they were still on earth or had been transported to heaven!

"Where did the power for this sustained missions thrust come from? From God through sustained extraordinary prayer!"

This twenty-four-hour prayer chain continued unbroken for ONE HUNDRED YEARS! From the power of God which produced this kind of dedication came also a stream of self-sacrificing missionaries, like the first two who were willing to sell themselves into slavery in the West Indies to reach the slaves there for Christ. O that God would be pleased to do a similar work in our churches today!