Jesus’ Resurrection: Exalted Before His Enemies

So they went and made the tomb secure by putting a seal on the stone and posting the guard- Matthew 27:66. Sit at my right hand until I make your enemies a footstool for your feet- Hebrews 1:13.

Some things utterly defy our ability to measure or calculate, standing as constant witnesses of the greatness of God and the limitations of human intellect. For example, the number of stars in the galaxies overwhelms us, as does the incredible number of possible combinations in the DNA sequence, the immensity of energy locked into the atoms which make up the matter of the universe, and the potential of a human brain to store data. Yet all these incalculable features of our surroundings pale in comparison with the immeasurable commitment God the Father has to exalt God the Son in the face of His enemies. 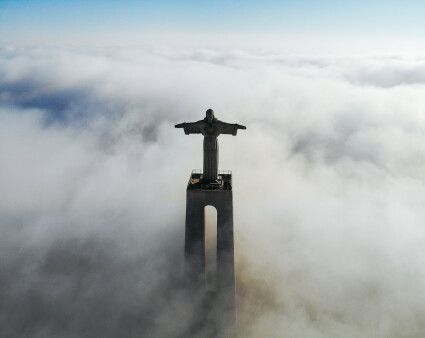 Hebrews 1 is a chapter which seems to burst with this immensity, as God the Father says things to the Son which He could say to no other being: “You are my Son; today I have become your Father.” And, “Your throne, O God will last forever and ever, and righteousness will be the scepter of your Kingdom.” And, “In the beginning, O God, you laid the foundation of the universe and the heavens are the work of your hands. They will perish but you remain…. Your years will never end.” The Father speaks like this to the Son, saying things only the Son can hear.  There is no measure of the love and loyalty that binds Father and Son together. In the same way, there is no measure large enough to compass God’s commitment to exalt Christ in the face of His enemies: “Sit at my right hand until I make your enemies a footstool for your feet.”

There was a day, a dreadful day, when it seemed that the Father fully surrendered the Son to all of His enemies. The Jewish leaders who had dogged Jesus’ every step through Galilee and Judea, plotting His death from the earliest time, finally succeeded in their fondest wish: the death of Jesus for the security of their earthly positions. Pontius Pilate ignored the screaming of his conscience, his training in justice, the pleading of his wife, and the fears of his heart, and condemned Jesus to die by crucifixion. The Roman soldiers carried out their grim orders with their usual efficiency, gambling coldly for the meager worldly possessions of this itinerant Gallilean. Those were Jesus’ human enemies.

The spiritual enemies also had their hour, the hour of darkness. Satan inhabited Judas and drove him to his task, the accomplishment of the death of God the Son. The Law of sin and death stood opposed to Christ as He took on an alien guilt, and it condemned Him without mercy. Satan’s henchman, Death, took the Victim gladly and began his grim three-day boast. The Grave swallowed Christ up greedily, supposing another permanent addition to its collection. These formidable enemies, both human and spiritual, gathered around the body of Jesus in Matthew 27:62-66. The Jewish leaders, Pilate, the Roman soldiers, Satan, the Law of sin and death, Death, and the Grave, all sought a way to make the arrangement permanent: “So they went and made the tomb secure by putting a seal on the stone and posting the guard.”

How feeble was this “security” marked out on the stone of the tomb!  For what could withstand the incomprehensible power of God behind His commitment to exalt Christ?  Could any of Christ’s enemies keep Him from rising on the third day?  David praised His God, saying “You prepare a table for me in the presence of my enemies” and the joyful wine of the banquet was the right to triumph over every enemy (Ps. 23:5)!  Pilate’s seal was ripped apart by the angel who moved the stone, and his fearsome guards shook with fear and became like dead men (Matt. 28:2-4). The Jewish leaders were soon shelling out large sums of money to keep the guards quiet (Matt. 28:12-13). Death and the grave were now fit subjects for boasting: “Where, O death, are your plagues?  Where, O grave is your destruction” (Hos. 13:14)? The Laws demands met, it was no longer a foe (Col. 2:14, Rom. 8:1-4). Satan’s kingdom had been totally crushed (Heb. 2:14, 1 Jn. 3:8) under the heel of the Son of God.

"For what could withstand the incomprehensible power of God behind His commitment to exalt Christ?"

Yet most amazingly of all, Jesus has now invited some of his bitterest enemies to share in the fruits of His victory, to sit at the banquet with Him: “For if, when we were God’s enemies we were reconciled to Him through the death of His Son, how much more having been reconciled, shall we be saved through His life” (Rom. 5:10)! Now we recline near rather than cower under His feet, we who were once enemies ourselves. Thus, does the grace of God also utterly defy our ability to measure or calculate!