“Until now, you have not asked for anything in my name.  Ask and you will receive, and your joy will be complete.” John 16:24

It is remarkable how God’s gracious actions in history can encourage our present obedience to His ancient commands.  It is clear that God wants us to pray to Him—to pray often, with faith, with humility and with steadfast patience.  His command should be sufficient to motivate us, but a story from church history can also help.  For as much as we feel we are constantly in uncharted waters, God has led His people through similar struggles before. 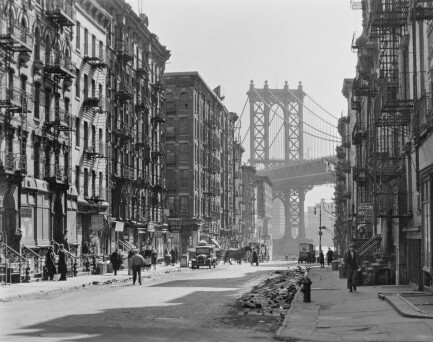 For example, New York city in the 1840’s was characterized by a booming economy based on speculation in stocks and industrial growth.  Just as many of today’s Wall Street “experts” now feel, many of those investors felt there was no limit to the economic prospects for the future… the sky was the limit!  However, the city was spiritually weak, the effects of previous religious awakenings having long since waned.  People felt they had no need for God, whose words of warning in Revelation 3:17 could have been well applied to them: “You say, ‘I am rich; I have acquired wealth and do not need a thing.’  But you do not realize that you are wretched pitiful, poor, blind, and naked.”  The same conditions apply today!  But the latter part of the 1850’s brought a serious economic downturn.  For the third time in American history up to that point, a panic swept away the “giddy structure of speculative wealth.”  As a result, banks closed, railroads went bankrupt, factories were shut down, thousands of people lost their jobs.  By October of 1857, in New York City alone over 30,000 men wandered the streets looking for work.  Their gnawing hunger forced them to deal with ultimate spiritual realities.

On July 1st, 1857, Jeremiah Lanphier was appointed as City Missionary in the heart of New York City.  He had been a businessman, and had a heart to reach others who had recently failed in business.  He worked in a Dutch Reformed church, trying to reverse the trend of the depletion of members due to affluent people leaving the city for the suburbs.  Jeremiah Lanphier decided to take the burden he felt for the needy of the city and lay it on the Lord through intercessory prayer.  He also decided to invite others to join him in a noonday prayer meeting, so he distributed a pamphlet entitled How Often Shall We Pray?  In it he wrote: “This meeting is intended to give merchants, mechanics, clerks, strangers, and businessmen generally an opportunity to stop and call upon God amid the perplexities incident to their respective avocations.  It will continue for one hour; but it is designed for those who may find it inconvenient to remain more than five or ten minutes, as well as for those who can spare the whole hour.”

"For as much as we feel we are constantly in uncharted waters, God has led His people through similar struggles before."

At twelve noon on September 23rd, 1857, Lanphier opened the door and sat down to begin to pray.  No one showed up after five minutes… nor after ten or fifteen, nor after twenty or twenty-five.  Finally at 12:30, Lanphier heard some people coming up the stairs… six people in all prayed that day.  The next week, there were forty, and they decided to meet daily instead of weekly.  Within six months, ten thousand businessmen were gathering daily for prayer in New York City, and within twenty-four months, a million people gave their lives to Christ as a result.  John Piper summed up this great revival with these words: “Undoubtedly the greatest revival in New York’s colorful history was sweeping the city, and it was of such an order to make the whole nation curious.  There was no fanaticism, no hysteria, simply an incredible movement of the people to pray” (John Piper, Desiring God, p. 155). It is my prayer that similar things will happen in our cities as a result of the simple prayers of the church. Then will our joy truly be full!

*This article was originally published in a newsletter on February 8, 1999.