“Remember your leaders who spoke the word of God to you.  Consider the outcome of their way of life and imitate their faith.”   Hebrews 13:7 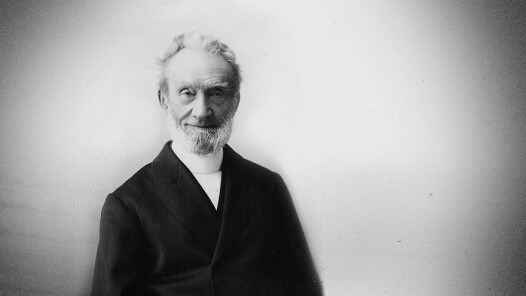 How can we imitate someone’s faith?  Faith is something unseen, a character trait woven through the invisible fabric of one’s soul.  Yet, the author of Hebrews seems to feel that faith could be imitated, especially the faith of their leaders who spoke the word of God to them.  This same book of Hebrews included a catalog of great heroes of faith in Hebrews 11, clearly displaying how faith is actively lived out.  “By faith, Abel offered…” “By faith Abraham obeyed and went…” “By faith Isaac blessed…” “By faith Moses’ parents hid him…” “By faith Moses left Egypt…” “By faith the people passed through the Red Sea…”  This is an powerful, active thing, this faith.  Hebrews 11 speaks of a faith that “conquered kingdoms, administered justice, and gained what was promised; …shut the mouths of lions, quenched the fury of the flames, and escaped the edge of the sword.” (11:33-34)  All of this can be imitated, so the faith itself can be imitated.  Yet for all of this, we realize that faith itself is the gift of God (Ephesians 2:8), sustained and nurtured by God Himself (Luke 22:31).  If our faith is to grow, God alone will give it that growth.  And when He does, it seems, based on Hebrews 13:7, that imitation of faith-filled role models will be a big part of that growth.

For that purpose, may I commend to you the example of George Mueller, the nineteenth-century hero of faith.  By faith, George Mueller trusted God for every shilling of money he received for over sixty years.  By faith, he never asked any human being for money during that time, but only constantly turned to God in prayer for his needs.  By faith, he took on responsibility to provide for 10,029 orphans during sixty-four years.  By faith, he fed, clothed, educated, and evangelized them.  By faith, he arose early every single day to give himself to careful meditation on Scripture and then to effective, fervent prayer.  By faith, he channeled donations amounting to over 1.5 million British pounds (modern-day equivalent of a hundred million dollars or more) to benefit the orphans, to distribute Bibles, to start Sunday Schools, to support missionaries, to relieve the needy, etc.  By faith, he gave over 8000 pounds of his own money away over that time, dying with less than sixty pounds to his name.

What was the secret of this remarkable life of faith-filled service to Christ?  Let him tell you in his own words:  “There was a time when I died, utterly died, to George Mueller… died to the world… and since then I have studied only to show myself approved unto God.”  This was the nature of his faith:  self-denying, Christ-exalting, others-serving… storing up treasure in heaven day after day.

One final story captures well the maturity of his faith.  In August of 1877, he and his wife were traveling on the steamship Sardinian for an important ministry appointment in the United States.  Suddenly the ship ran into a dense fog bank off the coast of Newfoundland.  For twenty-four hours, the captain stood on the bridge, waiting for some glimmer of opening in the fog so they could proceed.  Suddenly something happened that changed his life forever:  seventy-two year-old George Mueller appeared on the bridge!  “Captain, I have come to tell you I must be in Quebec by Saturday afternoon.”  “It is impossible,” replied the captain.  “Very well,” said Mueller, “if your ship cannot take me, God will find some other way—I have never broken an engagement for fifty-two years.  Let us go down into the chart-room and pray.”  The captain wondered which lunatic asylum Mueller had come from.  “Mr. Mueller, do you realize how dense this fog is?”  “No, my eye is not on the density of the fog, but on the living God, who controls every circumstance of my life.”  Mueller then knelt down and prayed simply.  When he had finished the captain was about to pray, but Mueller put his hand on his shoulder, and told him not to:  “First, you do not believe He will; and second, I believe He has, and there is no need whatever for you to pray about it!”  The captain looked at Mueller in amazement.  “Captain,” he continued, “I have known my Lord for fifty-two years, and there has never been a single day that I have failed to get an audience with the King.  Get up, captain, and open the door.  You will find that the fog is gone.”  The captain walked across to the door and opened it.  The fog had lifted.
[from George Mueller:  Delighted in God, by Roger Steer] 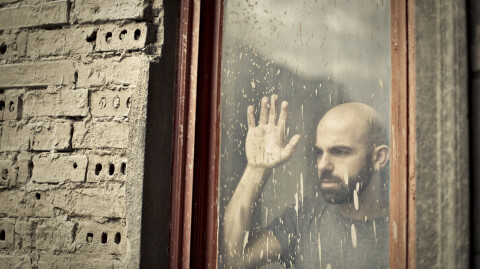